4 Ways to Celebrate the Fourth of July in Orlando 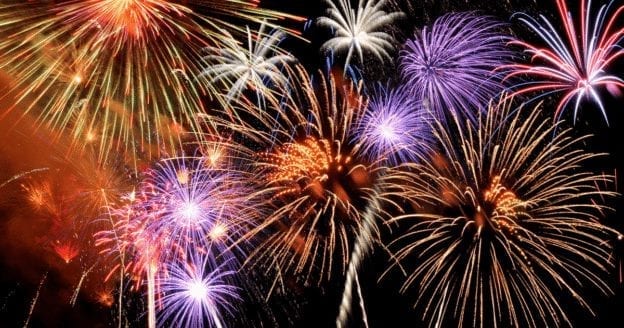 Independence Day, one of the most triumphant, joyful holidays we celebrate in America. If you’re on the hunt for something fun and out-of-the-box to do this Fourth of July, spend it in Orlando! Whether you’re locals, tourists, or just a road-trip away, Orlando is the place to spend this American holiday. Here are 4 ways to celebrate the Fourth of July in Orlando.

This is an obvious choice, but we must say, we think it’s the best one. All four Disney Parks, Magic Kingdom, Hollywood Studios, Epcot, and Animal Kingdom, are throwing their own 4th of July festivities, and we’re all invited! In the mood for Disney World Fireworks 4th of July style? Disney’s got you covered! Here’s the breakdown:

If you’re planning on spending the long weekend at one of the Disney parks, book a VIP tour for the ultimate Fourth of July experience!

Taking place in Orlando’s Avalon Park on the Fourth of July is a food truck celebration! If you’re a hardcore foodie and love to try new things, this food truck event is for you. There will be fireworks, food trucks, craft vendors, bounce houses, and so much more. A food truck get together is perfect for spending the holiday with a hot date, your kiddos, and even the whole family.

For decades, it has been a Fourth of July tradition to take a trip to the Daytona International Speedway for the Coke Zero 400. This year, the 160-lap, 400-mile race will finish off with one of the largest firework shows around. If you and your family are die-hard Nascar fans, we strongly encourage securing a ticket for the big event!

If you’re an avid runner and love participating in 5Ks, start the day off right with a Watermelon 5K around Winter Park. Beginning at 7 a.m., runners will take off through Downtown Winter Park, Park Ave, and Winter Park. Have your friends and family tag along to support our brave military veterans and enjoy sweet, juicy watermelon. Once the race is over and your stomach is growling, participate in the watermelon eating contest at 8:30 a.m.

Go all out, Orlando style, this Fourth of July! Whether you’re spending the patriotic holiday at Disney World, SeaWorld, or Universal Studios, book a private VIP tour for a spectacular experience and behind the scenes action. Happy Fourth of July!