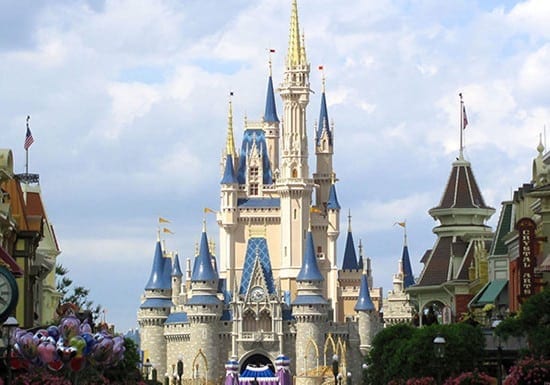 Disney castle is the iconic castle that is on the logo of the Walt Disney animation before every movie. But the castle is not only available in animation, but Disney has also made an identical replica of the Disney castle at the Disneyland magic kingdom park. It is a real-size castle where people can stay and visit. It is the part of the theme of the park and is the center point of the entire Disneyland you probably know about Disney castle but we are here to share with you a few facts that you probably didn’t know about the iconic Disney castle. Let’s begin.

The Castle Is Smaller Than It Looks

If you count the towers there are present on the castle itself you would count them to 27, there are 27 towers in the castle that you can look at it from an angle, but the towers are numbered from 1 to 29. Well because when the towers were being designed there were originally 29 towers but towers number 13 and 17 were cut from the designs because they would not have been visible from any perspective. So the towers were cut from the designs but the numbering system remained. Thus there are 29 towers in the counting but 27 towers exist only.

Disney Castle Is Filled With Lights

When you look at Disney during the festive season or at night, you will find that there are lights that cover the entire castle and make it look magnificent. But most people don’t know is that there are approximately 200,000 lights in that decoration. You might be wondering how much electricity would all these lights consume, the answer is that these are highly efficient led lights that can change to any color, and the system is so advanced that lighting up all those lights only takes the energy equivalent of a dryer.

The next time you visit Disneyland Orlando, and if you book a Disney VIP tour than you will probably be able to look at the décor that Disney has placed. Disney pays a lot of attention to the artwork that is distributed all around the park. Case in point is the 5 mosaics that are located in the castle, the mosaics are made from over 300,000 pieces of Italian glass and they are fused using 14k gold, that is the attention to detail that has made Disney into the entertainment giant that we all know them to be.