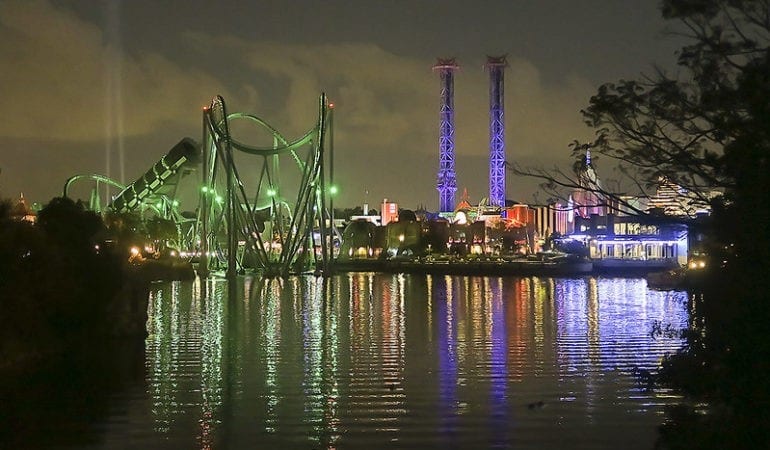 Orlando Florida, a city in the state of Florida, known as the theme parks capital of the world. The city of Orlando is home to around 2, 600, 00, it is the sixth-largest metropolitan in the southern United States. In 2018 the tourist attractions and events drew more than 75 million visitors.

Being one of the world’s most visited places, Orlando’s tourism is one of the main forms of income in the city. Orlando’s geography is mainly wetlands, the city consists of many lakes and swamps. Since the terrain is generally flat it makes the land fairly low and wet. Orlando has many lakes and the biggest among them is Lake Apopka.

Since the land is flat and low. Orlando has a humid subtropical climate. There are two climates in Orlando, hot and rainy season from May to September and warm and dry from October through April. The average temperature generally lies in the 70’s Fahrenheit.

Welcoming millions of tourists per year, Orlando not only offers the two most famous parks in the world Disneyland Orlando and universal studios park. The city is also filled with places like waterparks, giant aquariums and zoos, exciting shows, airboat tours around the swamps and plenty of golfing opportunities.

What Orlando Have To Offer?

Being considered the theme park capital of the world, it can be said that Orlando has a wide range of parks with different types of activates. If you are a fan of Disney, the Disneyworld resort is in Orlando provides you with the most immersive experience of Disney and its different kingdoms. You can also visit the universal studios Florida and the land of adventure where you can experience the movie based attractions of universal studios.

If you love the sea, SeaWorld Orlando is a place that you have to visit. Filled with rides inspired by the sea and live aquariums for the fishes of the sea, it is a must place to visit if you are a fan of the ocean.

Shopaholic, there are more than 9 spots that you can visit to fulfill your cravings. From the international drive to the mall at Milena. There is something for everyone.

An animal lover, Orlando has you covered, the city offers multiple places to visit like Sea World Orlando that is a mixture of a waterpark and a SeaWorld. There is also an aquarium called Aquatica, it is a fusion of a theme park and an aquarium. Other than that Orlando offers multiple safaris and gator parks for you to visit on your vacations.

There is also the Kennedy space station at Cape Canaveral, where you can relive the history of the Apollo mission and the race to the moon.

There are so many things to do and see that you cannot see everything if you don’t plan. There comes in Disney world VIP tours.

We are a company that is dedicated to making your vacations as memorable as possible. Once you book a tour with us we will ask for your preferences and plan a vacation that is specially catered to your needs. We provide planning and accommodation services, transportation, tour guides, multiple meals a day and much more. So plan a vacation with us today and experience a vacation like never before.