How Disney Mulan became a Legend 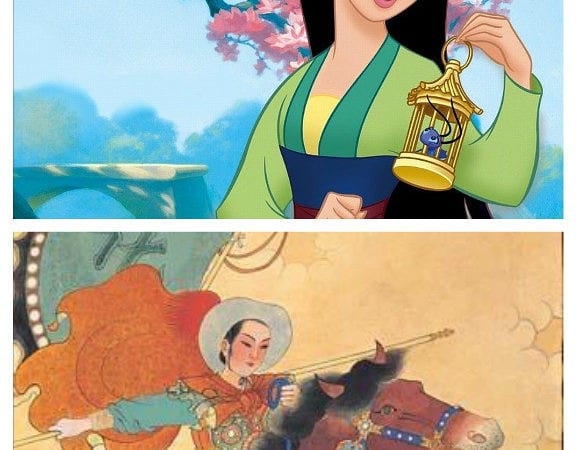 I am sure all the nineties kids out there reading this article have grown up with certain movies, Disney Mulan being one of them. This does ring a bell. We have gone through the story of Mulan in many ways, either via books or from our grandmas.

But the movie that we have watched, about the girl named Mulan must have had the most influence on us. The story of Mulan is based off on a Chinese warrior, Hua Mulan, mentioned in Chinese history. Her true story matches the story that we have heard.

The first time the story of Hua Mulan appeared in literature was when a historical novel was written about it by Chu Renhuo, during the 17th century. Her story gained popularity when it started to be told as a folk tale amongst the Chinese.

So basically, the story is about a strong, noble, and independent girl named Mulan. She is a modest heroine who does not take up the stereotypical “princess” image. Mulan’s father was in the army, but he fell ill right before a battle. To prevent him from fighting in that war, she took up his spot in the Chinese military.

Dressed up cleverly as a boy, she manages to train with her fellow recruits, even though she was unqualified to serve in the army. The only reason she was deemed as unqualified was that she was a girl, and she overcame that flaw by disguising herself as a boy.

Her dragon Mushu accompanies her through her journey. In a while, she manages to use her smarts to shun a Hun invasion that clearly saved the Chinese army a lot of trouble. She falls in love with a handsome Chinese captain in the process, and that is where the story comes to an end. Mulan manages to prove her worth through her actions.

Mulan is a girl who intends to be a warrior. However, due to the pressure of society, she couldn’t actually get herself into the army. She sneaks herself into the army though and accomplishes great things as a warrior, which makes everyone agree with the fact that girls are as good in battle as men.

This movie is as close to feminism as Disney could get. It breaks the stereotypes in a really appropriate manner, which makes the characters have a solid impact on the viewer. It is due to this impact that this movie has been so beloved amongst the masses, and has had many modern adaptations to it.

Mulan is Asian, and she is the lead character. The best part is that the movie does not have a whitewashed Asian character. Mulan is a movie that satisfies, in terms of action, animation, and storytelling. It served as an inspiration for all the girls who were growing up in that era. This movie definitely deserved the golden spot that it got in the list of the best 1990s movies. It is unforgettable and makes the viewer want to watch it over and over again.