How Disney Zombies Live in Harmony With Humans 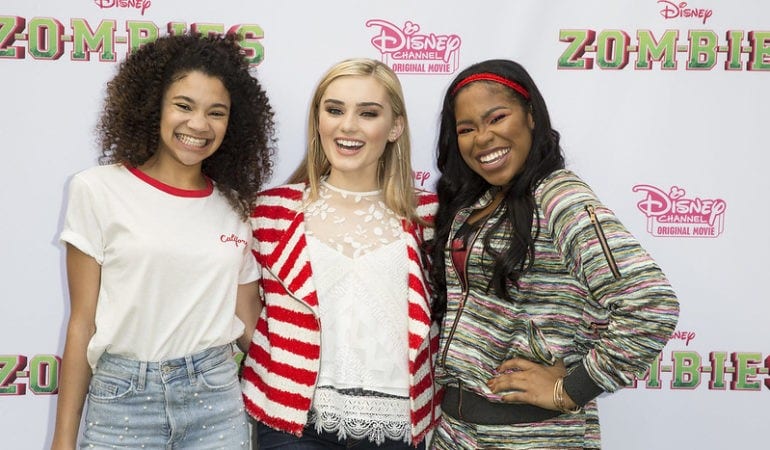 Over the decades The Walt Disney Company is famous for making magical content for all ages, either it be a toddler or an adult everyone loves what Disney has to offer. Disney Zombies is an original movie of Disney Channel that premiered on February 16, 2018. It is a musical and dance film based on Zombies & Cheerleaders by David Light and Joseph Raso. The movie revolves around how zombie football player Zed (Milo Manheim) and human cheerleader Addison (Meg Donnelly) fall in love and they must lead their respective groups to stay in peace with each other. Zombies 2 is scheduled to be aired on Disney Channel in 2020.

Fifty years ago a calamity happened at Seabrook Power Plant that resulted in a blast which caused half the population of Seabrook to turn into zombies. People who were saved from the explosion built a safety wall to quarantine the zombies from rest of the Seabrook population in an area called Zombietown. Lately students of Zombietown are transferred to human high school at Seabrooks here they are patrolled by Dale (Addison’s father).

Addison starts to have feelings for a zombie named Zed who becomes excellent football player after his Z-Band is hacked by Eliza. This relationship is unknown to anyone in their respective groups except Zed’s two other zombie friends Eliza and Bonozo. But due to jealousy of Addison’s cousin about Zed’s increasing popularity he makes it harder for both of them to ever meet again by making his followers stealing and hacking Eliza’s laptop and turn Zed into full zombie who is taken away by zombie patrol.

Zoey, Zed’s sister in the end saves the day by playing as a team member in human team who ran short on a member which led both groups to reunite.

Few of the main cast members are:

On February 16, 2018 the movie was premiered on Disney Channel. During its premiere the movie attracted a total of 2.57 million views from people of age 18-50. On premiere weekend the viewers boosted from 2.57 to 10.3 million over 8 airings.

The sequel is scheduled to be released in 2020 while the production will start in spring 2019. It was announced in February 2019 that Zombies sequel was going into production with same writers, directors and actors including few new cast members.

Disney VIP tours Orlando are provided by Five Star Private VIP Tours who professionally supervise their guests, they take pride in providing resourceful Disney attractions knowledge, briefing about different attractions accessibility and convenience of planned schedules so that you can enjoy every minute with your family.