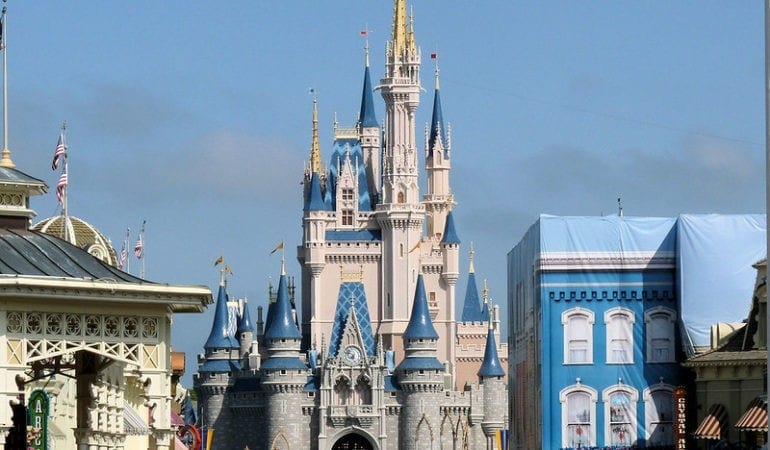 The Magic Kingdom, a theme park at the Walt Disney World Resort in Orlando Florida. The park is owned by the Walt Disney Company and operated by their parks, experience, and products division. The park opened its doors for the public on October 1st, 1971. The Magic Kingdom is one of the four theme parks in the resort and covers an area of 107 acres.

The park is so massive that there is a train called the Walt Disney railroad which circles around the entire 1.5-mile perimeter and makes stops at 3 of the 6 parts.

The park is represented by the castle in the middle which is inspired by the fairy tale castle seen in the 1950’s film.

Tron Light Cycle Power Run is a semi-enclosed roller coaster ride inspired by the Tron series. The ride takes its guest through the Grid on their own 2 wheeled light cycles.

The ride was first introduced in the Shanghai Disneyland on June 16, 2016, in shanghai, the ride is enclosed in a color-shifting canopy, the tracks ride takes its riders inside and outside the attractions buildings and reaches speeds of up to 60 miles per hour, fastest in the Disneyland theme parks.

The ride offers an experience of riding light cycles, which are a motorcycle-based vehicle, as a method of specializing the user’s experience. The ride was given a Tron theme because the ride vehicle resembles that of the light cycle used in Tron legacy.

On July 15th, 2017, at the D23 expo, it was revealed the ride will be coming to tomorrow land part of the magic kingdom theme park. The ride is expected to open at the 50th anniversary of Walt Disney resort.

We offer multiple faculties such as planning and accommodation services to make sure that your resorts are perfect according to your needs. We also offer private transportation for you and they are tasked to take you everywhere you need to go. Disney tours also offer a tour guide that is there to assist you in every possible way. Disney VIP tours also offer the culinary experience of the city by letting you indulge in multiple meals a day all according to your preferences. Our guides also offer you a cultural aspect of the city as well.

Travel with us and experience a vacation like never before.