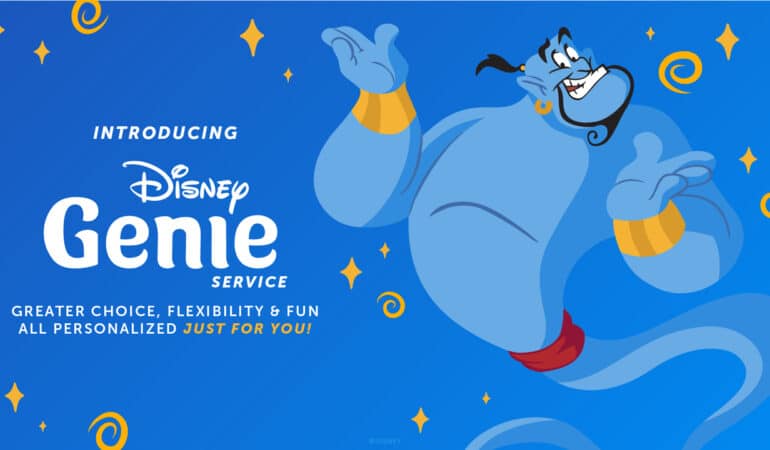 Disney just announced the all-new Genie Service. FastPass+ and MaxPass will officially be retired from Walt Disney World and Disneyland.

Let’s break it down:

𝗗𝗶𝘀𝗻𝗲𝘆 𝗚𝗲𝗻𝗶𝗲 is a complimentary and convenient new digital service built right into My Disney Experience app & designed to create your best Disney day. The tool will take Guest preferences and generate suggested, optimized itineraries. As your day changes, your Orlando VIP Tour will too, allowing flexibility with your plans.

𝗗𝗶𝘀𝗻𝗲𝘆 𝗚𝗲𝗻𝗶𝗲+ is a paid feature that allows you to skip the line and reserve access to select attractions via a new Lightening Lane entrance.

Here’s how each works:

𝗟𝗶𝗴𝗵𝘁𝗲𝗻𝗶𝗻𝗴 𝗟𝗮𝗻𝗲 access for popular rides like Seven Dwarfs Mine Train at Magic Kingdom Park and Radiator Springs Racers at Disney California Adventure park will be available a la carte with a limit of 2 per person per day. Pricing for this option will vary by date, attraction and park and will be announced closer to launch.

𝗔𝗹𝗹 𝗚𝗲𝗻𝗶𝗲+ 𝘀𝗲𝗹𝗲𝗰𝘁𝗶𝗼𝗻𝘀 𝗮𝗿𝗲 𝗺𝗮𝗱𝗲 𝘁𝗵𝗲 𝗦𝗔𝗠𝗘 𝗗𝗔𝗬! You will no longer book months in advance. This allows for spontaneity!! Resort Guests can book their first reservation at 7am on the day of their visit. All other Guests book when they enter the park.

Recently, it was reported that a stand by queue was used on Rise of the Resistance in Hollywood Studios. This could be promising for the future for those of you that prefer stand by vs the virtual option. I wouldn’t get to eager and excited though just yet. One of the main reasons that occurred is because the park was experiencing an extremely low attendance day, and it made better sense to allow Guests on via stand by. I wouldn’t get too used to it or expect it though, as Disney has not made any announcement that the virtual queue was changing. You may just get lucky though! You never know!

When Remy’s Ratatouille Adventure opens on October 1st, Guests will be able to access the virtual queue system via the My Disney Experience app and check for an available boarding group starting at 7am on the day of their park reservation. As with Star Wars Rise of the Resistance, you will need to have park admission linked to your Disney account and have a Disney Park Pass reservation. If you are unable to join the morning virtual queue opportunity, you may check for an available boarding group starting at 1pm after you have entered the park.

When Disney Genie becomes available, guests will have the opportunity to purchase admission via the Lightning Lane entrance even if the virtual queue is full. Pricing has not been announced.