Disney Space Mountain: A Blast from The Past 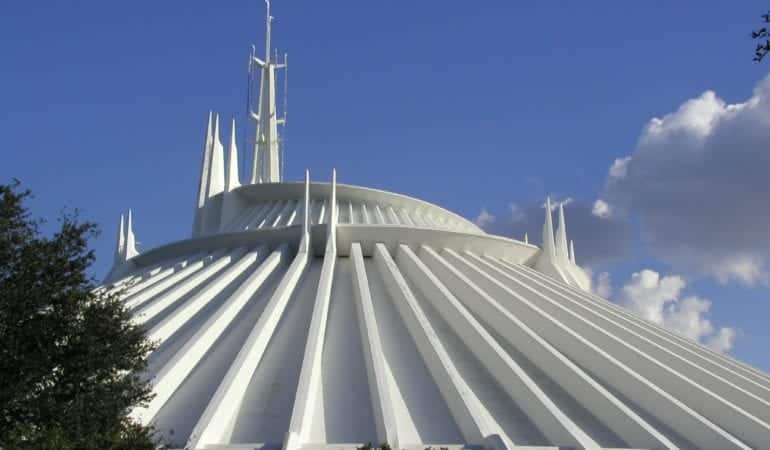 If you want to go to the best theme park in the world then Disneyland is the place to go. Disney has been known to make some of the most unique and extraordinary rides that are known to men. One such ride is known as the Space Mountain.

Space Mountain was first opened at Tomorrowland on January 15, 1975, and as of today, it is 45 years old, to celebrate that achievement let’s look at some facts about this futuristic ride.

It Was the Future in The Past

Disney has always been known to make rides that are absolutely out of the world, the only thing that stopped them from making Space Mountain sooner is the technology at that time was not able to handle the vision that Walt Disney had for the space mountain.

When the technology finally caught up with the vision of Walt Disney, the construction of the space mountain started. When the ride was completed, it was the first ride that was completely indoors and was completely controlled by a computer. This might seem ordinary today, but at that time this was as advanced as sending someone to the moon.

We all know that Disney has a habit of making things perfect, but when they wanted to make a roller coaster that mimicked a journey across space, they needed someone who has actually done that. Gordon Cooper, an astronaut of the mercury 7 was brought in as a creative consultant to ensure that the ride matches the experience that the astronauts had on their trip to space. Talk about perfectionism.

Today the space mountain is still considered a treasure that was built more than 45 years ago, and all of this has been thanks to the men and women that have worked hard to ensure that the visitors get an out of the world experience.

A Staple of Every Amusement Park

Once it was released to the public in 1975, the roller coaster become so popular that every amusement park that was built after 1975 had a version of the space mountain in it, until the Shanghai Disney Resort declined to include it into their park.

The ride starts at the Starport: seven five, here you will board the trains. The complete roller coaster in enclosed and you will only be able to see flashing screens and different planets for the duration of the ride.

The ride makes multiple 180 degrees turns, drops and climbs that are encapsulated in a low light environment that mimics a going into space feeling.

During the entire ride, warping sounds and light effects produce the feelings of space travel, which even today after 45 years looks just as cool as the day the ride first opened.

We are Five Star Orlando VIP Tours and we provide you with vacation packages that are going to blow your mind away. So if you want to ride the Space Mountain, book your next vacation with us today.