Disney VoluntEARS Will Hear To Your Call 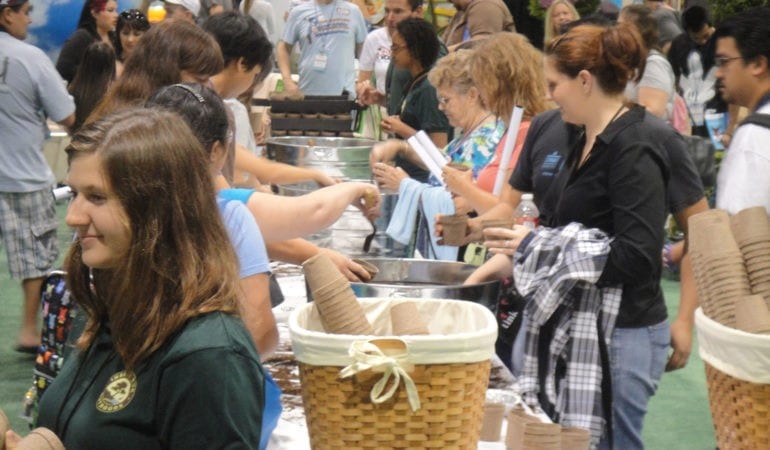 Disney Worldwide Outreach Program is a charitable division of Walt Disney Company that helps different charity events as well as local initiatives. Disney Voluntears is a part of Disney Worldwide Outreach Program and is a charity association with a mission to give opportunity to Disney’s cast members and their families to contribute their time, expertise and effort for a positive impact on the community.

In 1983 Disney Cast Members desired to be of service to the community by forming a team and focusing on providing personal time and money for a better cause, this idea helped in creation of Disney Community Action Team (DCAT). After the formation of DCAT, this dedicated body helped many nonprofit establishments in Orange County, California. After the success of this group, in 1992 Disney initiated VoluntEARS program organization-wide.

In 2002 Disney introduced a new program as “Ears to You.” through this program cast members are able to make donations to charities based on their volunteering work for that charity. As a mark of appreciation on behalf of Disney in 2012 after the cast member volunteered for 8,446 hours “EARS to You” was made. It helped volunteers to be matched with right skillset or individual preference skill sets.

In 2005 different volunteering body’s working under Disney sharing same intentions came to a consensus and adopted the name “VoluntEARS” for the organization.

VoluntEARS program has served in six continents including over 200 cities, 24 states and 24 countries spread around the globe. Based on the skillset and interests of the volunteers they are each assigned to specific volunteering work. There are different projects under VoluntEARS that focuses on helpings families and children, support for education, preserving the environment, arts, social service initiatives and military outreach.

Five Star Private VIP Tours helps with planning and booking to Disney VIP tours Orlando by briefing about different attractions available and what will be the priority based on budget and how you can have ease of transport to the attractions. Live assistance provided on the way will help to minimize time waste.