Disney’s: The Pirate of the Caribbean 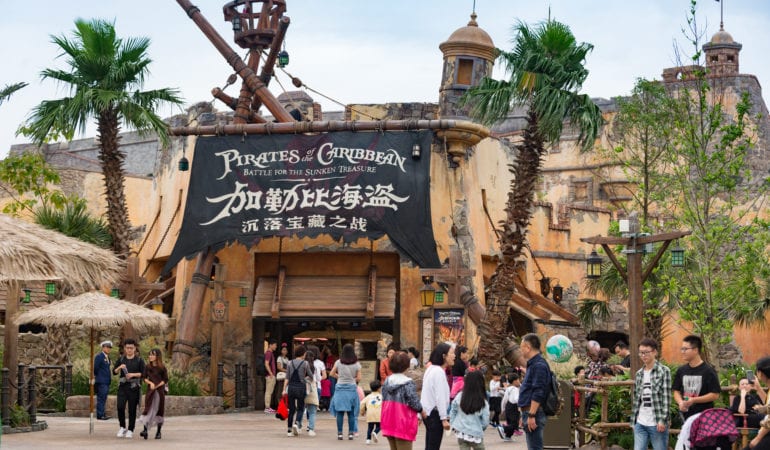 Pirates of the Caribbean, a film franchise that has been going on since 2003. Over the years there have been 5 movies altogether in the franchise and there are rumors that there is going to be the sixth installment in the series as well.

As we don’t know as a fact that the sixth movie is going to be released let’s take a brief look into the plots the first five movies and maybe consider binge-watching again.

Potc: The Curse of the Black Perl

It is the first installment of the movie in which blacksmith will turner teams up with the pirate jack sparrow to save the love of his life. Jack sparrow agrees in the team up as the person that kidnapped will turners love is none other than jack’s first mate Hector Barbosa. Jack wants revenge because hector, left him stranded on an island and stole his ship along with 882 pieces of cursed Aztec gold.

Lord Cutler Beckett of the East India Company, arrest Will and Elizabeth for aiding jack sparrow. Will agrees to work for Cutler to find jack sparrows compass to find the dead man’s chest with the heart of Davy Jones, which will give him control of the seas. While jack wants the chest to escape an unpaid debt to Davy Jones which jack made to make him captain of the black Perl in exchange for him working on the flying Dutchmen for 100 years.

The sea is now controlled by Lord Cutler Beckett with the help of the flying Dutchmen and plans to end piracy forever. Now will, Elizabeth, Barbosa, and the crew of the Black Perl set out to rescue jack sparrow from Davy Jones locker because as he is one of the nine pirate lord jack is needed to release an ancient goddess that can destroy Beckett’s forces.

In this movie, jack is chased by his old nemesis, Captain Armando Salazar. To evade him, jack is on the hunt for the Poseidon’s trident, which has the power to control the seas and break curses.

We are Five Star Orlando VIP Tours and we provide tours to the most amazing place in the world, Disneyland. We have been in the industry for more than 20 years and in that time we have learned what is needed to host the perfect vacation. So if you want the experience of a lifetime book a tour with us today.