Everything You Need To Know About Disney Swan Hotel 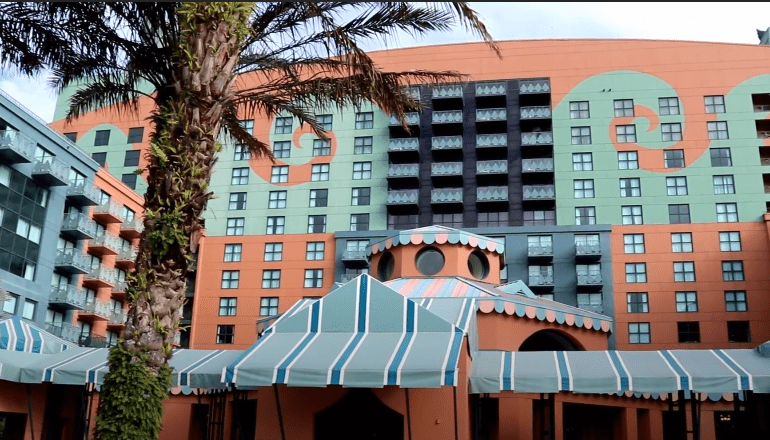 As you know there are multiple hotels and resorts in the Disneyland parks and if you going on a vacation, you must choose the right hotel because of a lot of facilities and benefits that come with each hotel.

Our recommendation is going to be Disney swan hotel, it is located in the Epcot area of Disneyland, and is considered to be the category of Deluxe Resort in Disneyland.

So today we are going to be discussing the swan hotel and everything that comes with it, so without further ado let’s get started.

Where Is The Swan Located?

The Swan and its sister Resort are located on the Epcot Resorts Boulevard near Disney’s Hollywood Studios. The resort is a coral and peach-colored giant building with a 12 story main building and 2 seven-story buildings adjacent to it. The hotel is so massive that it has 758 guest rooms available for you to book. The key feature of the swan resort is that it has 2 massive 46 feet swans of the roof of the building which can be seen all the back form Epcot’s world showcase.

On September 30, 2015, the entire swan resort was renovated including all the rooms and all the amenities in it.

The swan is surrounded by 3 lakes and the theme of the swan matches the views that it surrounds itself in.

Why Choose the Swan Resort

The proximity of Epcot and the Hollywood studios make it the perfect place for a vacation. Another great thing about the swan is that it directly connects with the boardwalk and many other attractions in the park.

If you don’t know the swan is not owned by Disney rather it is owned by another company, which means that considering all the features and amenities in the resort, you are going to still pay less than if you were on a Disney owned resort.

If you are a foodie, then swan is going to be the perfect option for you, there are 17 different establishments in the swan alone and if we count the surrounding area, an average of 40 restaurants are within the walking distance of the resort.

Do We Still Get The Same Benefits As A Disney Resort?

The guest at the swan gets almost all the amenities that one would get at a Disney resort except for Magical Express, Resort Airline Check-In, or Magic Bands. Another thing that you have to consider is that in Disneyland a prearranged account is made and all your expenses are recorded in it, although swan and the dolphin have their own prearranged accounts, they are not going to work anywhere else.

We are Five Star Orlando VIP Tours and we provide vacation packages so that you can have the most wonderful vacation without having to worry about anything. We specialize in arranging tours of Disneyland and if you want to stay at the swan resort, we can make it happen as well.