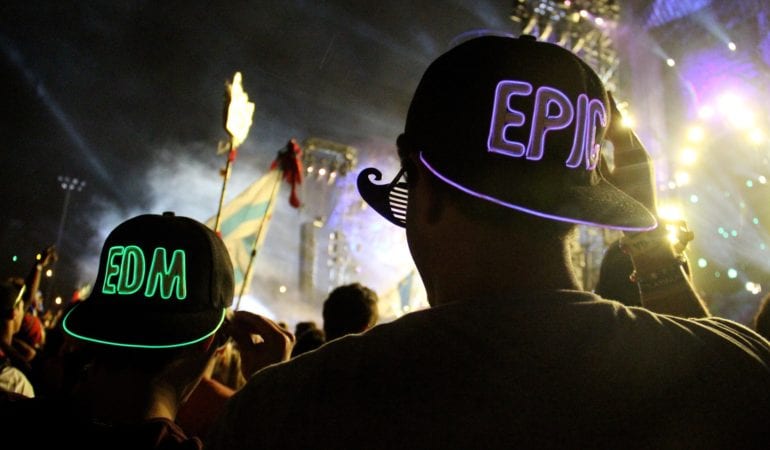 Its been a decade since EDC Orlando was started in Tinker Field during summers. Skrillex, Calvin Haris, Diplo and many others participated, the lineup was huge for the time. The production did its job but felt short as compared to EDC Las Vegas. This event gave Florida the taste of the EDM festival just outside Ultra in Miami.

EDC Orlando has come up a long from since there and grown vastly in number of people. This festival usually held in November and run for three consecutive days. The festival this year in 2020 will again be held at Tinker Field but on a much larger scale. The returning of the famous faces again this year would be Diplo with few others such as REZZ, Adam Beyer etc. EDC Orlando is just not a music festival but rather it’s a fully blown flagship even of its own having carnival rides, art cars, art pieces and much more.

EDC Orlando has four stages, one Corona Electric Beach stage and two art cars. Shifting from three-stage layout was a big step. Every stage was bound to increase the crowd size. From the traditional EDM of kineticFIELD to hardstyle for a bassCON takeover at stereoBLOOM all happens in one place.

As expected with expansion, some growing pains set in during the weekend. The festival’s expanded venue helped with crowds at the stages, but the festival paths often turned into choke points. The area around kineticFIELD and the iconic ferris wheel proved to be the most challenging, turning planned quick trips into lengthy travels. The expansion into Tinker Field’s parking lots caused concrete concerns, but thankfully artificial turfing gave attendees’ legs and knees a much-needed break. Jagged, gravel terrain endangered stages like neonGARDEN, but the ground progressively unstiffened and become stable as the weekend proceeded.

EDC Orlando brought many of EDC Las Vegas’ best art pieces and installations. The psychedelic Pixel Forest made its EDC Orlando debut, this time with thinner crowds so attendees could enjoy the full experience. The Anima art piece and a crane-operated, spinning light show were also huge hits. EDC Orlando missed out on these experiences in previous years, but their addition this year was very welcome.

EDC Orlando used to stand in the shadow of EDC Las Vegas. As long as it remained a two-day, three-stage event, it couldn’t hope to be something more. This year, the event took a big jump, a risky move, but one it ultimately landed with grace. The festival can now be considered a great destination event, complete with a lineup, production, and experiences worthy of a flagship festival.

Five Star VIP Tours as always will be providing their best and with affordable packages to make that magical trip to happen, a stress-free vacation and guide will be provided to help with all the visitations, including logistic, accommodation and travel and everything in between.