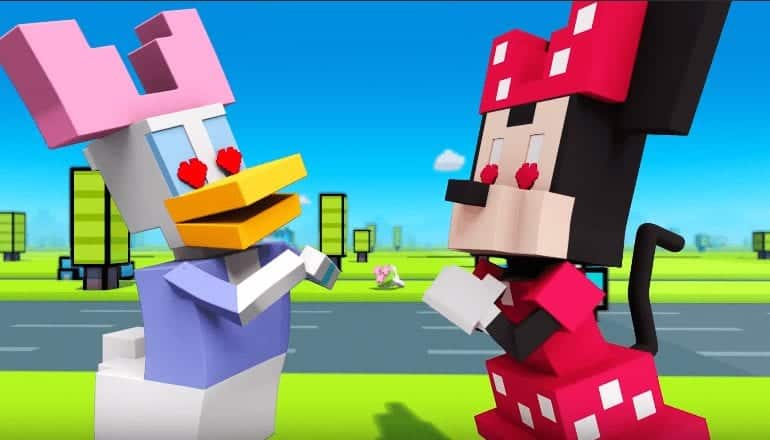 If you were born in the nineties then you probably remember the game that you used to play on your PC and your gaming consoles. The game was quite simple to play and you would spend hours on end trying to get the higher score so that your siblings or friends were not able to beat it. The game had quite a bit of version but the basic premises of the game were always similar. You were standing on one side of the road and you had to cross the road while avoiding upcoming traffic. The game was a never-ending cycle of crossing roads and your end goal was always to get the highest score. You were not able to restart your game like you can today and you only had a couple of lives to obtain the highest score.

Well as you know Disney loves resurrecting old-time classics and they have made a lot of movies that are based on older novels and they have made a pretty significant impact on the animation industry. Now Disney has developed a game that combined the premises of the old school game and their beloved Disney characters. They made a game for everyone’s most favorite device of these days, a mobile phone. The game is called Disney crossy roads and it is available on both Android and Ios. Let’s discuss the game and its contents.

Characters of the Game

The game is inspired by the classic road crossing game of the nineties and includes all the best characters that Disney has to offer. The game’s characters are some of Disney’s most famous. You can play using many different characters like mickey mouse, Minnie Mouse, Donald duck, characters from the toy story, characters from Zootopia and many other characters from different Disney animated movies in their timeline.

The Graphic’s Of the Game

Although the game is developed for almost all the latest smartphones for both android and Ios, the game looks deceptively pixelated. When you look at the game for the first time you will probably feel a little bit nostalgic because the game looks a lot familiar to all the games we used to play in the nineties. The game features different levels that change depending on the difficulty of the level. The game is also able to change the background of the roads depending on the player you choose.

The Availability of the Game

The game is currently available on all major brands of mobile phones around the world. The game is free to install on android and it is also available on the Apple Play store. You can download the application from the app stores and you can also download it from their official website as well.

The next time you visit Disney world Orlando you can also experience the game first hand as there is bound to be an activity or a ride that resembles the game. So the next time you go for a Disneyland Orlando tour, be sure to find a ride that matches the game or simply just find the Disney character and get a picture for your memories.