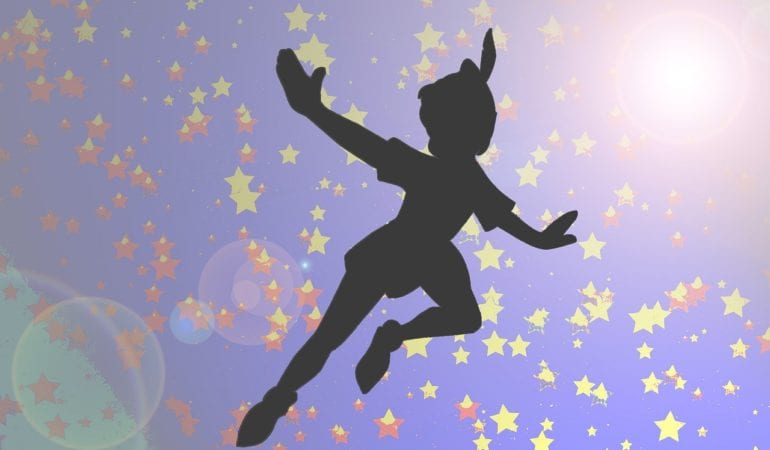 In 1904 a writer named J. M. Barrie first made up this character in his play known as peter pan or the boy who won’t grow older. As of today, if we count the exact years, that the story of peter pan has been in the minds of kids all around the world, we would count it to about 116 years, more than a century has been passed and it still is a good story to be read to children. The Walt Disney Company made an animated film of the play and it has been known as the origin of the character ever since. The movie was the 14th animated movie that Disney produced and it was the last movie in which the members of Disney’s nine old men worked together as directing animators.

The movie was released in 1953 and almost 49 years later a sequel was released by Disney in the year 2002. After that many companies have taken inspiration from the play and adapted it to make their version of the famous animated film.

The plot revolves around a boy named peter pan who lived in a place called Never land. The boy has an arch-nemesis, captain hook because during a battle before, peter pan cut the hand of captain hook and he has been waiting for revenge ever since. The story starts when a group of kids that were listing about a story of peter pan and later that night peter pan arrives with her friend tinker bell. Peter teaches the kids to fly with the help of tinker bell and they go to Never land.

Now I am not going to tell you the whole story because if you haven’t seen it, it will be ruined for you. But what I can tell is that the story has a happy ending. Over the years many productions have added their take on the story but the main premises of the film stay the same.

Ever since Disney has released the animated movie in 1953, Disney has been making bank on these characters and their merchandise, also in 1955 Disney open a ride in the magic kingdom the attract tourist from all over the world, and it has paid off.

If you are a Disney fan or more importantly a peter pan fan then you have to visit Disneyland Orlando tour to see and experience the ride that Disney has designed on the theme of peter pan. Not only there is an ample amount of peter pan content at the park but the Disneyland magic kingdom is the home to almost all the characters and their rides that Disney has ever produced. It is truly a wonderful experience.