The Tale of Paul Bunyan by Walt Disney 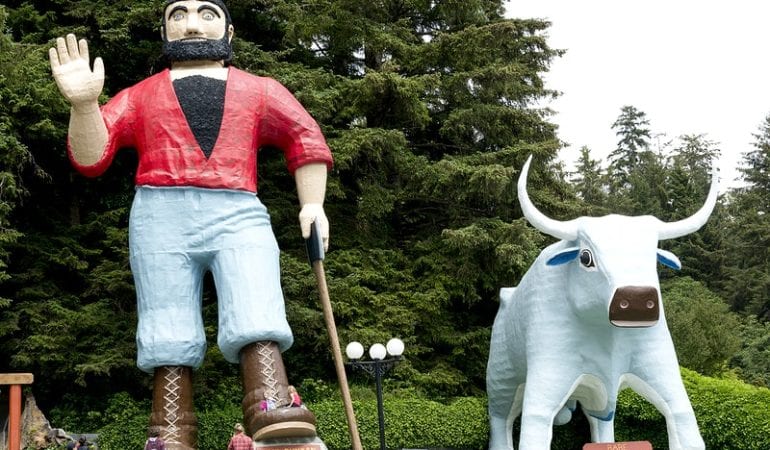 The folklore is what inspired Walt Disney when Les Kangas of Paul Bunyan Productions gave the idea to him. The Paul Bunyan animated movie was brought to life on television screens all around the world in 1958 by Walt Disney Productions. It has been over 62 years since the release of the movie and people that are alive still remember it as it was yesterday.

And for those that might have forgotten the story, here is a reminder of who the great Paul Bunyan was and what was his story. So let’s get started.

The movie follows the life of Paul Bunyan, who was found in a basket as a baby on the coast of Maine. A lumberjack by the name of Cal McNab. He and the whole town decided to pull together and adopted the baby. Over the years the child grew and was known as Paul Bunyan.

One charismas the town gifted him a double-bladed axe to help the town chop down timber. Paul Bunyan helped the town become a city by clearing a lot of timber, however big the city grew, it was too small for Paul Bunyan. So Paul Bunyan decided to move west to have more space.

Paul continues to help farmer’s clear timber for farmers along the way, where during a cold blizzard, Paul rescues a giant ox and named him babe. Paul and ox became best friends and each of them helped the town clear more and more timber.

Over the years Paul’s works inspired many men to follow in his footsteps, but a slick talking businessman convinced the men to use modern machines to cut and transport the timber. Paul protested that nothing can replace the heart and soul of babe and himself. To settle the argument, the men decided to wage a competition of whoever creates the largest pile at the end of one working day would win and their methods of cutting timber would be used.

Both the men and Paul Bunyan worked hard throughout the day and at the end when measured Paul lost by one-quarter inch. Although the men agreed that one-quarter inch didn’t matter, however, according to the rules Paul lost and he and babe walked off into the sunset never to be seen again.

We are Five Star Orlando VIP Tours and we have been in the touring industry for more than 20 years. We provide a variety of services to ensure that our customers get the best possible treatment when they book a tour with us. So book a tour with us today and enjoy the high life.