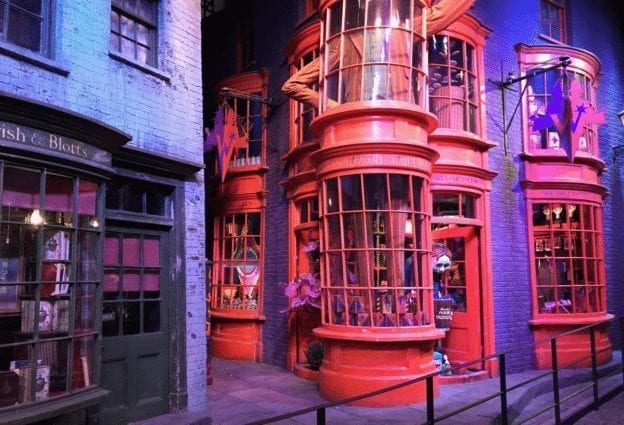 Imagine stepping inside a world where all the magic of Harry Potter comes to life! A gateway into the magical world of J.K. Rowling’s figment of imagination, The Wizarding World of Harry Potter in Universal Studios, Orlando, is a must-visit for all fans of the multimillion dollar franchise!

If you’re a burgeoning witch or wizard just waiting for your letter to Hogwarts to arrive, this land of magic inside the real world is just for you! Here are all the attractions The Wizarding World of Harry Potter has to offer:

Hogwarts Castle of Witchcraft and Wizardry

The park is divided into two, with Hogwarts and Hogsmeade located in Universal’s Islands of Adventure and Diagon Alley in Universal Studios Florida. The iconic Hogwarts castle is designed to be an almost-exact replica of your beloved castle from the movies! Why wait for your letter to arrive to go to the Wizarding School when you can do it at any time!

Featuring locations such as the Great Hall, Dumbledore’s Office, the classrooms and even the Forbidden Forest, the castle is a sight to behold—even for non-fans. The interactive ride, Harry Potter and the Forbidden Journey allows you to soar over the castle grounds with Harry and his friends on an adventure of a lifetime.

The shopping district where Harry first comes face-to-face with everything the world of magic has to offer, Diagon Alley is a must-visit spot on all your trips to Universal Studios. Shop for your own wand or buy the wands of your favorite characters at Ollivander’s; browse through the collection of robes and wizarding attire at Madam Malkin’s Robes for All Occasions; step into the Leaky Cauldron for a mug of creamy butterbeer or head on over to the joke shop of your favorite twins, Weasley’s Wizarding Wheezes for tricks and jokes of all shapes and sizes.

Diagon Alley also features an interactive ride, Harry Potter and the Escape from Gringotts, a thrilling roller coaster winding through tunnels and complete with a fire breathing dragon!

Just a single step into this quintessential magical village is enough to make fans see why Harry and friends loved the place so. Have lunch at Madam Rosmerta’s Three Broomsticks, try out some of your favorite treats at Honeydukes or shop for hilarious tricks including You-no-Poo, Expandable Ears and Puking Pasties at Zonko’s Joke Shop—there’s so much to do!

Book a private VIP tour of Universal Studios with Five Star Private VIP Tours today and get shorter wait times for all your favorite rides, luxury transportation to and from the theme park as well as select seats at all your favorite shows! Contact us today!