Your Next Adventure: The Wizarding World of Harry Potter 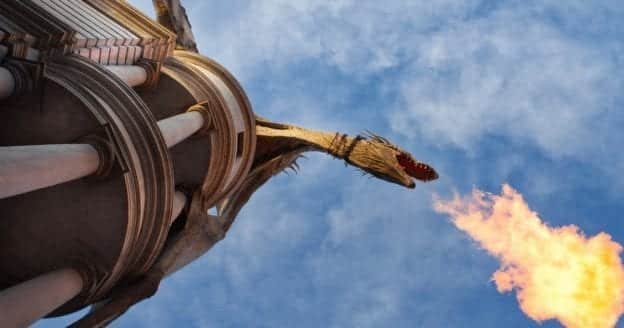 Harry Potter, the world-renowned movie sensation, has taken the scene at both Universal Studios and Islands of Adventure in Orlando. The Wizarding World of Harry Potter, the most riveting and heartfelt attraction in all of Universal, is a must-have vacation. If you’re a die-hard fan of Harry and the wizarding gang, we’ve got your next trip planned out for you.

Here is everything you need to know about your next adventure at The Wizarding World of Harry Potter:

The Wizarding World of Harry Potter in Universal Studios is every fan’s dream. Visitors stroll through the magical streets of London where the come across Diagon Alley. Diagon Alley is filled with all of your favorite establishments and attractions.

Located at the end of Diagon Alley, beneath the fire-breathing dragon, is Gringotts bank. Witness stunning marble architecture and a massive chandelier made out of 62,000 crystals as you venture closer to the ride, Harry Potter and the Escape from Gringotts. The bank’s security is cracking down and you’ve got to escape! During your escape route, you’ll run into Harry, Ron, and Hermoine while navigating your way past Voldemort and Belatrix.

Take a lunch break at the Leaky Cauldron and experience the sensation tastes of England. This vintage looking pub and inn are where Harry spent his summer before his third year at the infamous Hogwarts. The menu is made up of delicious classics, fish and chips, bangers and mash, and fisherman’s pie. Don’t worry, there’s steaming mac and cheese for the kiddos too.

The Hogwarts Express is your ticket to travel between both lands of The Wizarding World of Harry Potter. From Universal Studios to Islands of Adventure, this unique train ride features your favorite characters and countryside views.

Harry Potter in Islands of Adventure

Sip on scrumptious butterbeer while making your way to the beloved ride, Harry Potter and the Forbidden Journey. Enter the humongous gates of the caste and venture down to the hallways of Hogwarts School of Witchcraft. Visit your favorite scenes in Dumbledore’s office, the Defence Against the Dark Arts classroom, the Gryffindor common room, and the Room of Requirement.

Take a trip through the iconic school and even soar above as you follow Harry and his friends on a magical journey over Hogwarts. This ride was constructed with top-of-the-line technology that has never been done before and will truly take your breath away.

Take flight on this family roller coaster, Flight of the Hippogriff. This mythical creature has the front legs, wings, and head of an eagle, and the body, hind legs, and tail of a horse. This thrilling roller coaster will take you and your family through fast twists, turns, and spins.

Harry Potter has become an inspiring phenomenon throughout the entire world. People from all places, cultures, and languages venture to Universal Studios for a chance to experience The Wizarding World of Harry Potter. If you’re a fan of the magical and mythical land of Harry Potter and his friends, book a Universal VIP Tour with Five Star Private VIP Tours for thrills and reserved seating at the best shows.