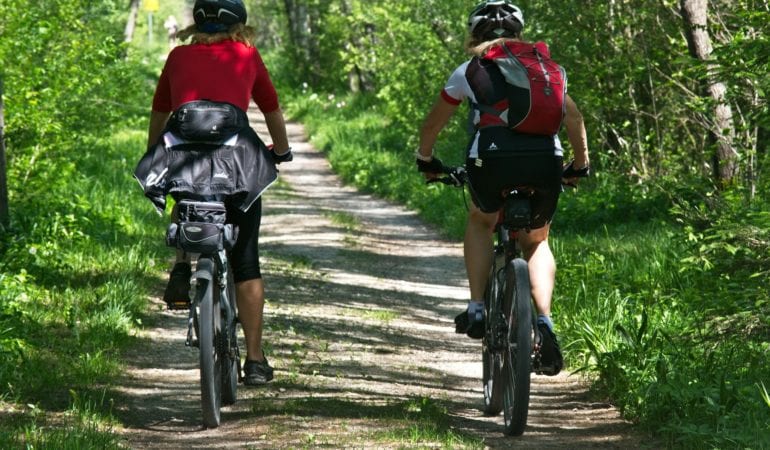 The Walt Disney World resort, commonly known as Disneyworld, is a theme park that is managed and operated by the Walt Disney Company. Disneyworld is situated between the cities of Orlando and Kissimmee and first opened its doors to the public on October 1, 1971. Disney World Orlando has an area of 25,000 acres and almost half of the land has been used to date. The land consists of four theme parks, two water parks, 27 themed resort hotels, nine non-Disney hotels, several golf courses, a camping resort, and many other places for entertainment and shopping.

Today Disney World is considered to be the most visited vacation resort in the world, averaging attendance to about 52 million visitors a year.

Fort wilderness is a campsite that is surrounded by natural beauty, looks and feels more like the untamed old parts of Florida. The best way to explore the wildlife and experience the natural beauty of the place is to ride a bicycle and ride around fort wilderness.

The closest bike that can be available for rent is at the meadow bike barn. The area is such an inspiring place, it feels like you are roaming the forest of the 1980s and may find the old train tracks of the fort wilderness railroad.

If you are planning a vacation then I would suggest the check out the tour during the holidays because festive vacationers have a tradition of bringing portable light shows with them on vacation to Fort Wilderness.

Crescent lake provides a very beautiful public place to visit and enjoy and the best way to enjoy this place is on a surrey bike. Crescent lake consists of the boardwalk inn resort, the Yacht and Beach Club, and the Swan and Dolphin, it is a beautiful site to see and experience.

Disneyworld Orlando can be considered one of the largest theme parks in the world, and in doing so it can also be a hassle to explore the park in a decent amount of time. That’s where a bike can come in handy. A bike tour of Disneyworld can cover more ground in a short amount of time, and if you are on a vacation it can also help to keep you on your planned schedule.