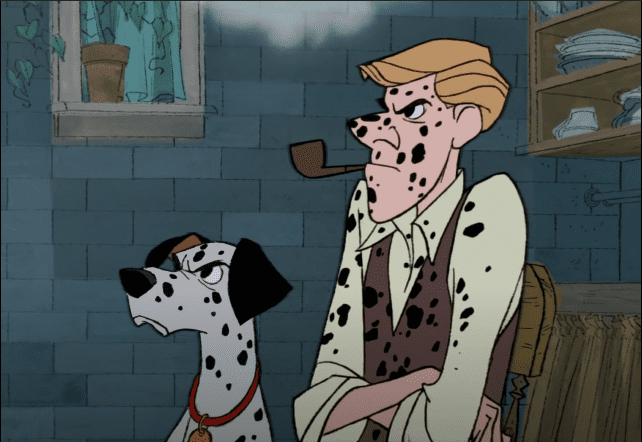 The animation of a character is one of the hardest jobs to do in the planet because it involves bringing someone or something to life using art and technology, but thankfully Disney has perfected their character animation to such a degree that these animated characters act more like a human being than an actual human.

Case in point Pongo, a Dalmatian from the animated movie 101 Dalmatians. Pongo is a Dalmatian dog in the movie and the character that Disney has built around it using animation and creative storytelling has found a place in the hearts of the users forever.

The movie was released in 1961 and since then, Pongo is still in the hearts of many Disney fans. So today refresh the memories of Pongo and discuss a little bit about the movie it started in. so let’s get started.

The story revolves around the dog Pongo and his human Roger Radcliffe, Pongo is trying to find a suitable wife for himself and his human companion. While Pongo watches various women along with their dogs, Pongo sees a woman with amazing hair by the name of Anita and her dog Perdita. Pongo Drags Roger along the park to meet her, they all fall in love, Roger marries Anita and Pongo marries Perdita.

Soon Pongo and Perdita give birth to 15 puppies. Later the same night the families are visited by Cruella De Vil, she wants to buy all the dogs, but since Roger and Anita say no, she uses her henchmen to steal all the dogs.

Pongo and Perdita, with the help of some of her friends, find their dogs and go to rescue them, while rescuing their own they also decide to adopt the other 84 puppies having known what Cruella De Vil has planned for them.

They make it back to their house in London all 99 of them along with Pongo and Perdita. Roger and Anita adopt all of them and decide to make a big house for all of them.

The film is quite fast-paced but there is a lot of character development of Pongo in the movie. over the years many adaptations of the movies have been made including the live version of the animated movie but none of those movies can stand up to the original.

If you are a Disney fan surely you should know that Disney always tries to take certain characters and try to make their version and in this case, Pongo and Perdita have an entire lineup of accessories that generate the income to the bear.

We are Five Star Orlando VIP Tours and if you want to see your favorite Dalmatians in real life then, we can help you set up a perfect vacation for you and your family without any issues. All you have to do is decide where you want to go for your vacation and we will take care of the rest as well.